On the third of April, Blizzard's social media accounts teased the upcoming "Overwatch Mission Archives" with a file titled "King's Row Uprising" [One of the original Twitter posts]. This event is stated to have taken place 7 years ago, relative to the present day in the Overwatch universe. It stated that this file would become declassified on the 11th of April. 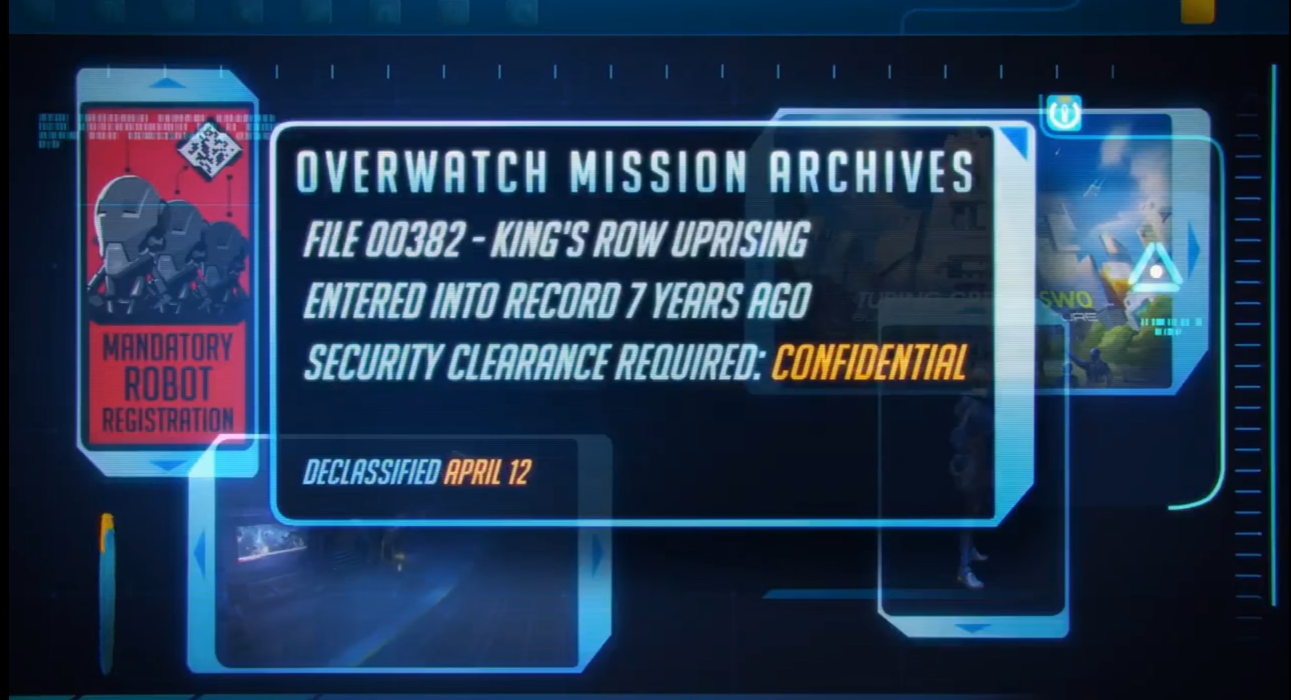 Not long after this teaser, a new comic was released which shows the backstory before the upcoming event. [Link to animated Madefire version] This comic shows what the event will probably be about as well as some potential skins.